How to Root Out Anti-Black Racism From Your School
Educators, don’t proceed with business as usual 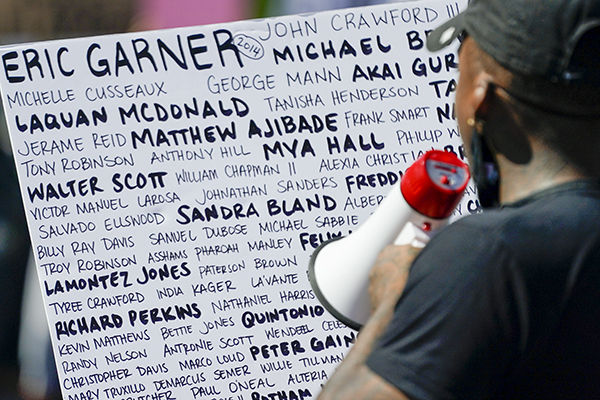 Over the last month, we have witnessed a number of racial incidents in the midst of a global pandemic.

The deaths of Breonna Taylor, Ahmaud Arbery, and George Floyd have resulted in national outrage, reintroduced the troublesome nature of police brutality in our communities, and raised more conversations about the never-ending reality that is racism in our country. Coupled with these inexplicable deaths was the case of Amy Cooper, a White woman in New York City’s Central Park, who threatened to call the police on Christian Cooper, an African-American man, to say he was “threatening” her and her dog, despite video evidence to the contrary.

Sadly, these types of incidents are not new. What is also not new are the widespread protests that have erupted across the nation as people of all races have expressed pain, frustration, and anger over the mistreatment of Black people in America. Black people and other people of color are beyond fatigued in explaining, demonstrating, pleading, recording, and articulating the realities of racism. How it plays out in our lives, how it remains embedded in American culture through our laws, policies, and beliefs; how even “progressive” people engage in problematic racist behavior. But could we be reaching a tipping point?

“Individual acts must transform into collective action, and educators can be part of that change.”

I have been encouraged to see the number of Whites engaging in peaceful protest, declaring that “Black Lives Matter.” It has long been said that racism will not end until White people feel just as outraged and upset about racism as people of color do. The recent protests seem to be a step in the right direction.

But what does this mean for schools? How should educators respond?

First and foremost, educators, even in this stay-at-home moment, you must address racism in America in your schools and classrooms. You must let students talk about what they feel, encourage them to write about their emotions, and create space for students to emote—even as all of that will have to be done virtually. This is an emotionally fragile time for many Black students and other students of color. For many students, the fear is real, their anger is palpable, anxiety is high, and sadness is running deep. Do not expect that you will have all the answers. Just listen to and affirm your students. Please do not make things business as usual.

We must also name the current crisis as something different. Labels such as “mistreatment,” “discrimination,” or “prejudice” no longer describe the depths and breadth of what we are witnessing. We must identify what we are seeing as “anti-Black racism,” and that should inform our current discussions. Anti-Black racism challenges the idea that there is a one-size-fits-all approach to tackling racism. Yes, racism affects all people of color in a multitude of ways, and Black people are part of that vociferous and untangled web. But anti-Black racism speaks to the specific ways in which Black people are seen, targeted, dehumanized, and often killed in a manner that is unlike any other group of people in the United States.

More From This Author:
“It’s Time to Completely Ban the N-Word in Schools”
“How Schools Can Foster a Better Racial Climate”
“We Are Failing Our Most Vulnerable Children
“When We Talk About Race, Let’s Be Honest”
“Why Are We Criminalizing Black Students?”

In recent days, I have received texts, calls, and emails from friends, colleagues, and former students who are White, Latinx, and Asian-American who have apologized to me for the recent events. They’ve asked if I was OK and expressed their remorse for what is going on. They’ve asked me outright: “What can I do?” I appreciate these overtures.

But individual acts must transform into collective action, and educators can be part of that change. Schools are not immune from the perpetuation of anti-Black racism. Many students, parents, and teachers have long argued that schools are rampant with acts of anti-Black racism. Schools can and should be better. And they must be part of the solution in racial reckoning and healing. If deliberate steps are not taken to end anti-Black racism, it will continue to cause irreparable harm to Black students. It will also leave an indelible imprint on the minds and psyches of non-Black students. To that end, there are four steps that educators can take to ensure that anti-Black racism does not persist in their schools:

1. Name anti-Black racism for what it is. Skirting around the excessive mistreatment of Black people in everyday life is only part of the problem. There is a pressing need for educators to develop a propensity, a knowledge, and the courage to discuss, name, and describe the levels of exclusion, oppression, hostility, and racism in the United States that have afflicted Black people for centuries. Educators must discuss examples of anti-Black racism, analyze the institutional and individual ways that it manifests, and not dilute the perniciousness of the unfortunate treatment that Black people have endured.

2. Believe Black students. The important #MeToo movement centered on the oppression, assaults, and abuse of women. The message was clear: Listen and believe women who are survivors of sexual violence. A similar call should be made for Black students. When Black students speak about issues of race, racism, discrimination, exclusion, and prejudice, believe their stories. When they state that they have been subjected to lower expectations, hostile teachers, different standards, and unfair discipline believe them, advocate for them, and challenge your colleagues who are skeptical.

3. Stop challenging “Black Lives Matter.” Efforts to minimize, dismiss, or ignore the pain and suffering of Black people is one of the central tenets of anti-Blackness. To that end, challenging “Black Lives Matter” or stating “All Lives Matter” is an attempt to minimize, ignore, or dismiss the types of structural inequality, political disenfranchisement, police violence, and educational and economic marginalization of Black people. Efforts to conflate Black people’s experiences with other people’s struggles, while appearing benevolent, robs Black people of an unapologetic and intentional spotlight and the crucial analysis of their experiences.

4. Identify and speak about Black excellence. So much of anti-Blackness is steeped in the pathological depiction of and belief in the inferiority of Black people, culture, and history. Often absent in anti-Black sentiment is the unbridled excellence that Black students possess. It is vital for educators to see their brilliance, celebrate their innovation, recognize their unique forms of expression, and promote their irrepressible potential and promise. It is vital for teachers, school staff, and school leaders to identify and discuss Black excellence, brilliant Black parents, and high-achieving Black students.

Anti-Black racism needs to be understood, addressed, and ultimately uprooted in schools and society. The fact that countless people are marching, protesting, and risking their safety in the midst of a global pandemic to end anti-Black racism speaks to the sense of urgency to eliminate it.

Tyrone C. Howard is a professor of education at the University of California, Los Angeles, Graduate School of Education and Information Studies and the director of the university’s Black Male Institute. He is also the director of the UCLA Pritzker Center for Strengthening Children and Families.