By Sara Tiano
July 13, 2021
Originally featured in the The Imprint 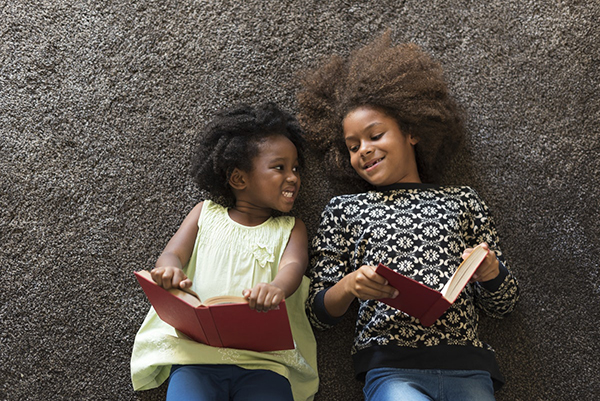 Beginning in November, one of the county’s 20 regional offices will operate a pilot program relying on the method, which was developed on New York’s Long Island more than a decade ago.

“We know that every human being has bias in our system,” said Supervisor Holly Mitchell, who co-authored the motion, at the public meeting. “This pilot gives us the chance to make meaningful systems change.”

Following Mitchell’s lead, the Board of Supervisors voted unanimously on Tuesday for a $150,000 investment in the effort, which will be managed by the Department of Children and Family Services. The department has two months to map out a plan for the project, now set to launch by mid-November. The Pritzker Center for Strengthening Children and Families at UCLA will provide training, support and evaluation.

Nearly a quarter of all kids in foster care in Los Angeles County are Black, according to county statistics, though they comprise less than 8% of the county’s youth population. Nearly three-quarters of all children taken into foster care in 2020 were either Black or Latino.  Comparatively, white and Asian youth are underrepresented in foster care, relative to their share of the population.

The pattern is mirrored nationally. Black children make up 14% of the child population, but 23% in foster care, data from the research organization Child Trends shows. Indigenous children are nearly three times as likely to enter foster care than their white peers, according to the National Center for Juvenile Justice.

“Many well-informed scholars, researchers, advocates, journalists and, most importantly, parents, have argued these disproportionalities and disparities persist due to implicit bias and other systemic failures,” Mitchell and co-author Supervisor Sheila Kuehl wrote in their motion to the board. They added that those failures include “pervasive poverty, inequitable education and employment opportunities, and ongoing hyper-surveillance of Black families.”

In a separate initiative, the Department of Children and Family Services has promised to “safely reduce” the number of Black children entering foster care this year by 10% by the end of the year.

A February presentation from the department’s Office of Equity Committee was light on detailed steps to achieving the goal — part of a partnership with Casey family Programs. But it indicated that eight participating county offices would identify the “actions and behaviors that have the most impact on entries” of Black children into foster care, and create scoreboards to track progress.

The concept of colorblind child welfare removals was pioneered in Nassau County, New York, in 2010, where prior to adopting the process, Black children were 15 times more likely to enter foster care. State data found that within five years of the start of the pilot, the proportion of Black children entering Nassau County’s foster care system had been significantly reduced. A team of researchers led by Jessica Pryce, director of the Florida Institute for Child Welfare at the Florida State University College of Social Work, found that child welfare staff in Nassau County attributed the steep decline to training given to social workers to confront their own internal biases as well as the impact of institutionalized racism.

But more recent data has shown that while Nassau County is taking far fewer children into foster care overall these days, the percentage of Black children removed from their homes has fluctuated between 2010 and 2019 — from a high of almost 62% in 2014 to a low of 35.5% in 2016. According to the most recent publicly available local stats, two years ago, the percentage of Black children remained slightly above half, numbers roughly comparable to when the colorblind experiment began in 2010.

Despite those numbers, New York last year rolled out the practice to all counties in the state.

“There’s not a lot of really great examples of this particular blind removal program working,” Green said in an interview with The Imprint. The union remained neutral on Mitchell’s Tuesday motion.

Still, since the glowing 2016 evaluation of Nassau’s colorblind project and a 2018 TED Talk viewed by more than 1.3 million people, public agencies in Michigan and Minnesota have implemented pilot programs of their own, and many others from Texas to New Jersey have also expressed interest in testing the concept with their workforce. A bill in California that aimed to fund colorblind pilots in a handful of counties has made little progress in the Legislature.

Roughly 60 LA County residents submitted public comments in support of the local colorblind project ahead of Tuesday’s vote, repeating identical statements that color-blinding removals is a good step, but not a solution to systemic racism.

“Blind removals are a helpful start in eradicating the opportunity for racial bias, but they do not eliminate racial bias itself,” they wrote, noting that prejudices held by the social worker who investigates the family can influence how he or she presents the case to those deciding whether a child should be removed.

“Foster care is a racialized environment” and children of color suffer poorer treatment while in foster care and are at heightened risk for exposure to the justice system, they emphasized.

Jeremy Loudenback contributed to this report.

This article has been updated to note that Jessica Pryce’s evaluation of Nassau County’s blind removals program did not include a quantitative assessment of the decline in the proportion of Black children entering foster care.