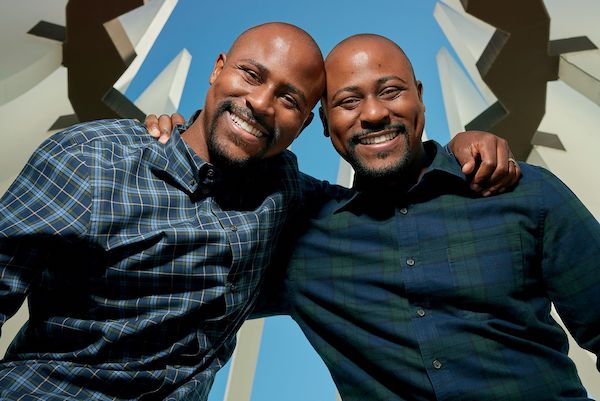 When Demontea Thompson emancipated out of foster care at 18, he joined the ranks of the 50% of foster kids nationwide who finish high school. He became even more of an outlier when he graduated from Cal State Northridge, as college graduation rates for former foster youth are less than 3%. Currently a doctoral student at the UCLA School of Education & Information Studies, Thompson is well aware that success is the exception rather than the rule for former foster youth. And that is precisely what he hopes to change.

Thompson and his twin brother, Tray, were fostered out as infants. Both graduated high school and were accepted into college. Once they got there, however, both realized that they lacked the tools to navigate the education system. “We made a goal for ourselves that, whenever we had the means, we would support other foster youth with the guidance and tools to succeed,” Thompson says.

“Once we illuminate one young person, they illuminate people around them. You can’t put a value on that.”

​That moment came in December 2019, when the brothers incorporated to form their own nonprofit organization, Twinspire (Together We Inspire). Twinspire works with youth who are low-income and/or experiencing foster care and homelessness, offering them support and mentorship through empowerment workshops and other programming. (One of the brothers’ biggest takeaways? The need to teach foster youth financial literacy.) “We want to build a model that’s sustainable,” says Tray, “that they can then utilize to teach others.”

Demontea and Tray show off their (not so) secret handshake at the Dr. Martin Luther King Jr. Memorial in Compton. (Yuri Hasegawa)

Most of Twinspire’s work has been directly informed by Demontea’s research at UCLA. “I’ve been diving deeper into understanding the barriers that exist for foster youth,” he says. “I think to myself: What skills, attributes and assets do those who make it to graduation possess?”

Thompson was recently awarded a prestigious Ford Foundation Predoctoral Fellowship, a grant that will fund his continuing research on the educational experiences of foster youth. Through his research at UCLA and his work as executive director of Twinspire, he hopes to provide young people with the support and resources they need to succeed — and in doing so, to move the needle on foster youth graduation rates.

“Once we illuminate one young person, they illuminate people around them. We can’t put a value on it,” he says. “We see it as a calling.”