Child Welfare and Domestic Violence:
The Summit on Intersection and Action

Countless children enter foster care due to allegations of domestic violence in the home. Often, these allegations result in a finding of neglect for failure to protect. Yet removing children from their homes and placing them in foster care for an isolated allegation of domestic violence can result in further trauma for both the DV survivor and the children, and result in other harms, particularly in diverse communities of color.

This summit explores the gaps in policy, practice, training, data collection and cultural competency where domestic violence and foster care merge, and proposes thoughtful solutions appropriate for a nationwide audience. 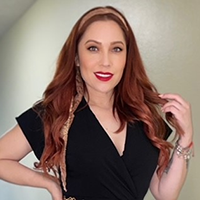 Jacqueline Herrera currently works as a Parent Partner for Los Angeles Dependency Lawyers as a means to empower individuals with open DCFS cases. As a parent with a former DCFS case, Jacqueline successfully avoided detention of her children. For the sake of her children she self-navigated her way out of a domestic violence relationship. Jacqueline hopes to lend her voice to Spanish-speaking women in changing their self-talk from “I can’t” to “I can”. 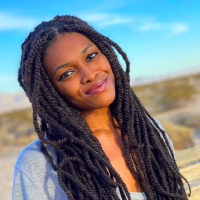 Princess Addison graduated from UCLA in 2016 with a degree in Psychology. Her experience as a former foster youth and survivor of domestic violence served as an impetus for her to work in the field of mental health with other children and teens involved in the welfare system. As Program Coordinator at UCLA TIES for Families, Princess serves as the first point of contact and initiates referrals for psychological services. In addition, she is responsible for organizing, planning and supervising the operations of the L.A. County Department of Mental Health (DMH) contract to ensure compliance at University, local, state and federal levels. 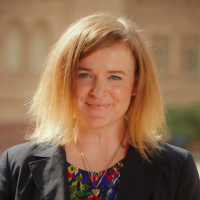 Taylor is the Administrative Director at the UCLA Pritzker Center for Strengthening Children and Families. Prior to working at UCLA, Taylor was the Children’s Deputy for LA County Supervisor Hilda L. Solis, where she focused on policy reform relating to foster care, juvenile justice, women’s health , education, child care and immigration. Taylor is a licensed California attorney, and previously practiced with the Alliance for Children’s Rights, where she established and managed the first medical-legal partnership in the country serving children in foster care at LAC+USC Medical Center. 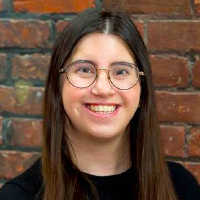 Cecilia is a second-year law student at UCLA School of Law. At UCLA Law, Cecilia works with the UCLA Pritzker Center for Strengthening Children and Families on their child welfare and domestic violence project, is Co-Editor-in-Chief (Volume 29) of the Women’s Law Journal, and part of the Epstein Program in Public Interest Law and Policy. Before law school, she interned at the Center for Victim Safety and Support in Poughkeepsie, New York where she answered the domestic violence hotline, met with clients in crisis, and accompanied clients to Family Court. Cecilia has an A.B. from Vassar College in Political Science and Science, Technology & Society. 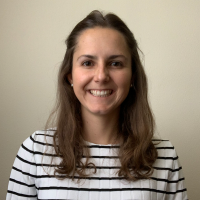 Laura Liévano-Karim is a Fulbright fellow and second-year Ph.D. Social Welfare student in the UCLA Luskin School of Public Affairs. Laura’s current research focuses on (1) sexual violence against girls and young women in the global South and (2) how participatory research can support violence prevention policy-making and programming. 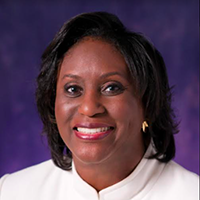 Dr. Carolyn M. West is Professor of Clinical Psychology at the University of Washington Tacoma where she teaches courses on Family Violence and Sex Crimes and Sexual Violence.

Dr. West trains, consults, and speaks to national and international audiences. She has worked as an expert witness in domestic violence/sexual assault cases, delivered keynote addresses, conducted workshops, and created innovative training materials to educate and equip professionals with the skills to provide culturally sensitive services to survivors of color. 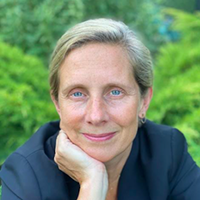 Emma started at The Bronx Defenders as a criminal defense attorney and is now Managing Attorney of the Family Defense Practice. Emma supervises attorneys, social workers and parent advocates who represent parents accused of child abuse and neglect and facing possible termination of parental rights.  She participates in numerous court-based and independent coalitions to develop pro-family policies and practices in New York City, including the committee devoted to reducing racial disproportionality in foster care.

Large Session 3: Learning from Other States 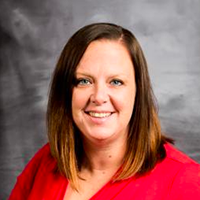 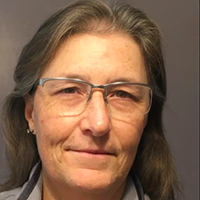 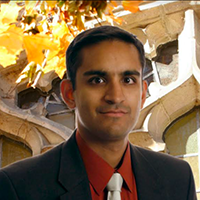 Vivek Sankaran is a clinical professor of law at the University of Michigan Law School and directs both the Child Advocacy Law Clinic and the Child Welfare Appellate Clinic.  In his work, he represents children and parents involved with the foster care system and engages in national policy work to redesign child welfare to support families and keep children safely at home whenever possible.

Session A: Adapting the FFSPA for Families Experiencing DV 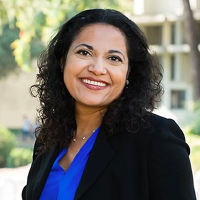 Sonali Patel is a Policy Fellow at Chapin Hall. In this role, she works with local and state child welfare systems to strategically implement practices and policies that improve outcomes for children and families. Prior to joining Chapin Hall, Patel served as a Senior Policy Advisor at The White House Domestic Policy Council where she covered child welfare, home visiting, fatherhood, child support, adolescent pregnancy prevention, and TANF. 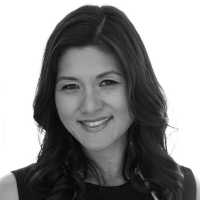 Connie Chung Joe, JD, has had an extensive career in fighting for the rights of Asian American and Pacific Islander communities and other underserved communities. Prior to joining Asian Americans Advancing Justice – Los Angeles, she served as the Executive Director of Korean American Family Services (KFAM) for eleven years. Connie has served on the API Domestic Violence Task Force of LA County, and as co-chair and steering committee member of the CA Culturally Responsive Domestic Violence Network. Connie has advocated for the needs of immigrants, APIs, and other vulnerable populations before the CA State Assembly on Domestic Violence on several occasions and has been honored by the Asian Pacific Women’s Center as well as the Asian American Drug Abuse Program. 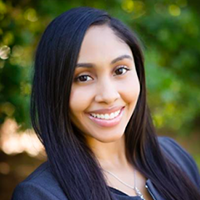 Dr. Kyndra Cleveland is a Doris Duke Fellow and Membership Chair of the Executive Committee for the Child Well-Being Research Network. She received her M.A. and Ph.D. in developmental psychology from the University of California, Irvine, and serves as a Research Associate at UCLA. She has a decade of research experience with children and families and seeks to improve families’ court experiences through translational research, policy, and practice.

A Call to Action 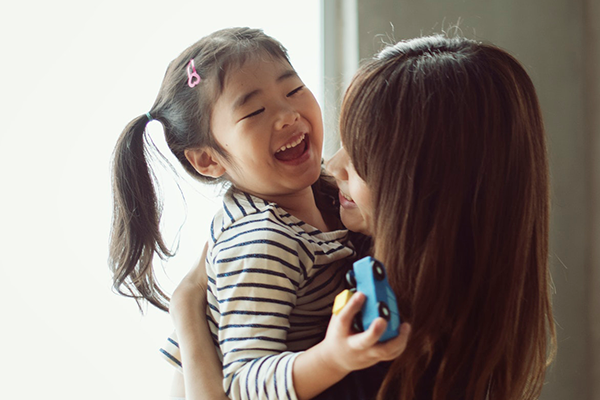 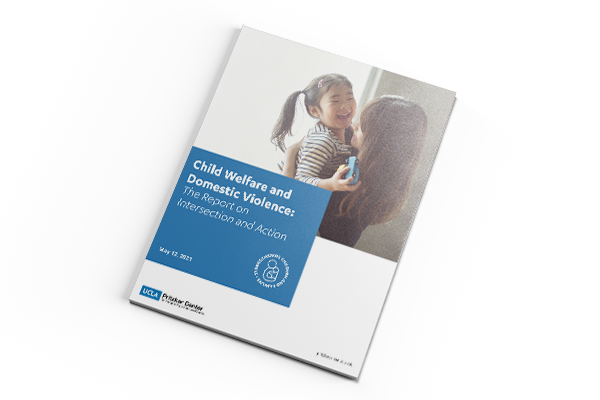 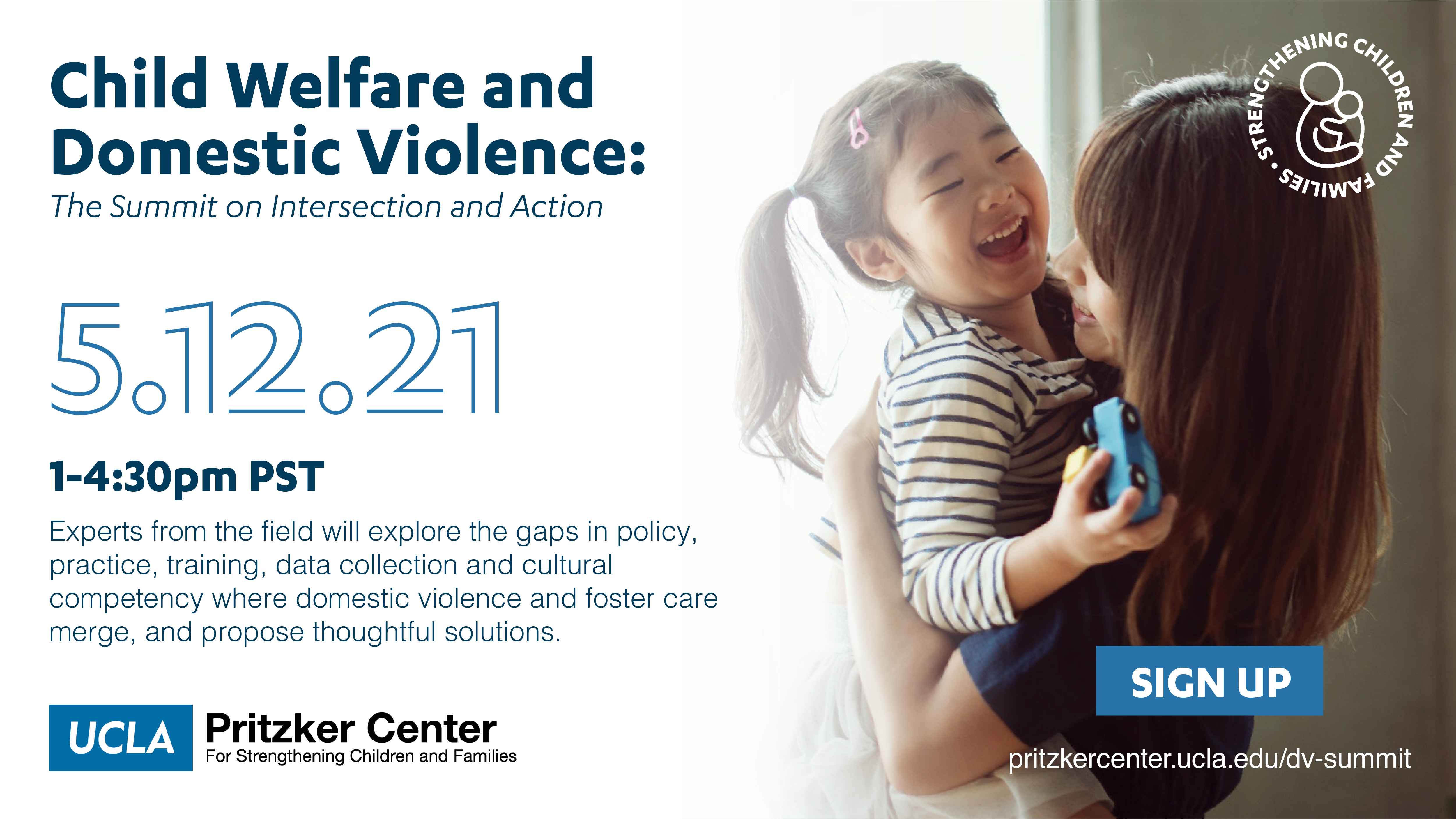 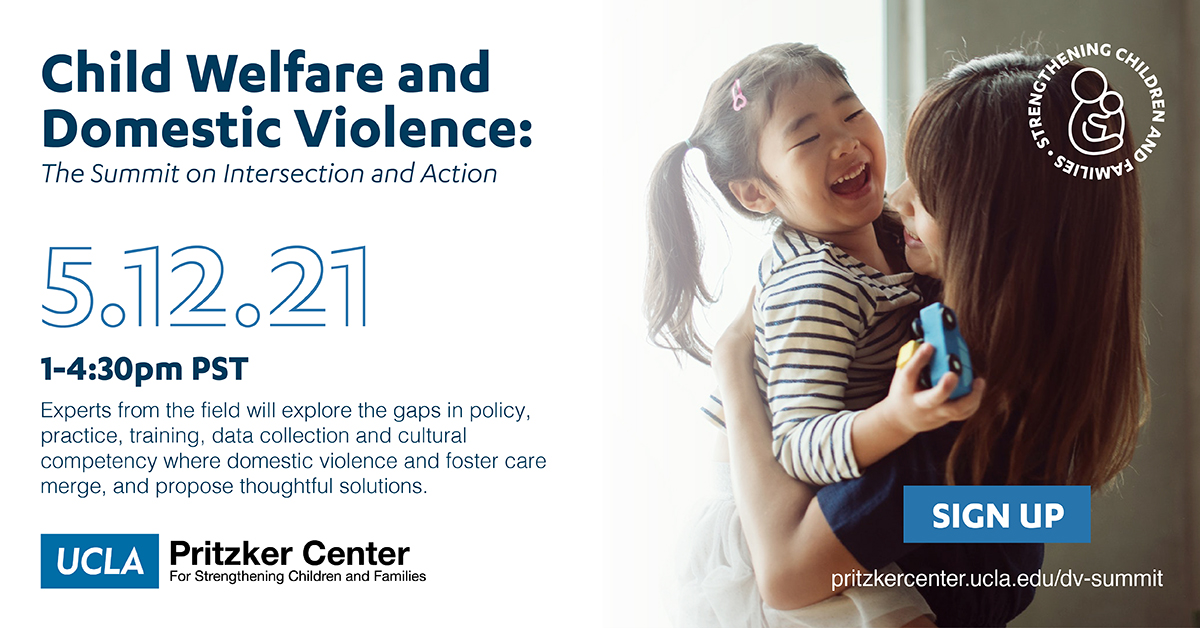 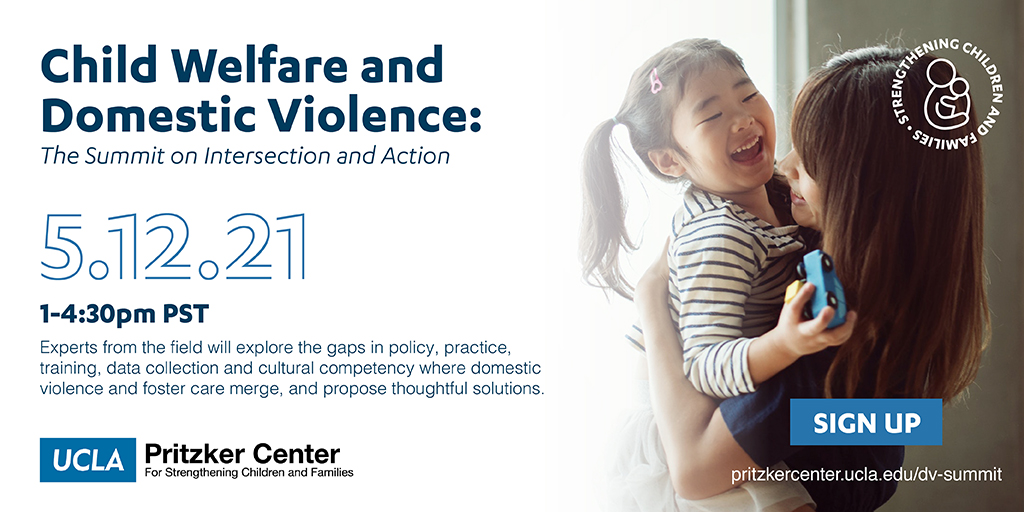 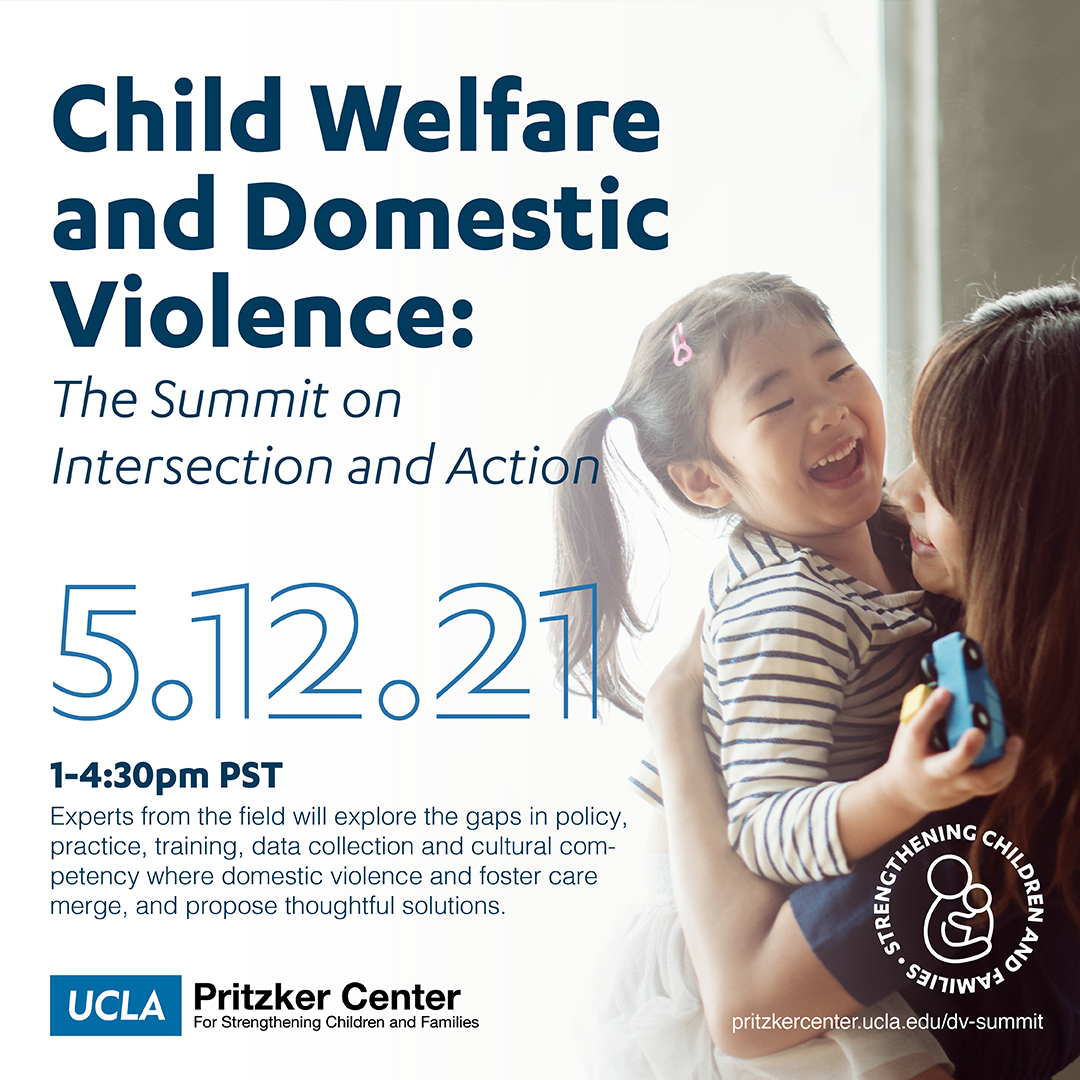 This work is made possible with generous support from 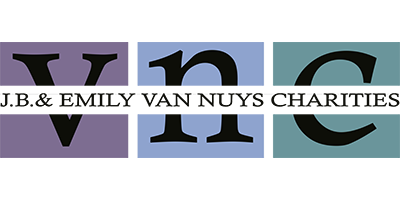 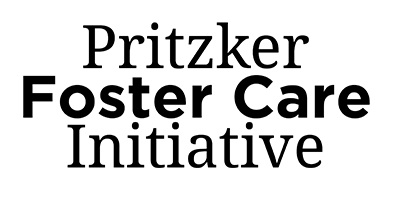